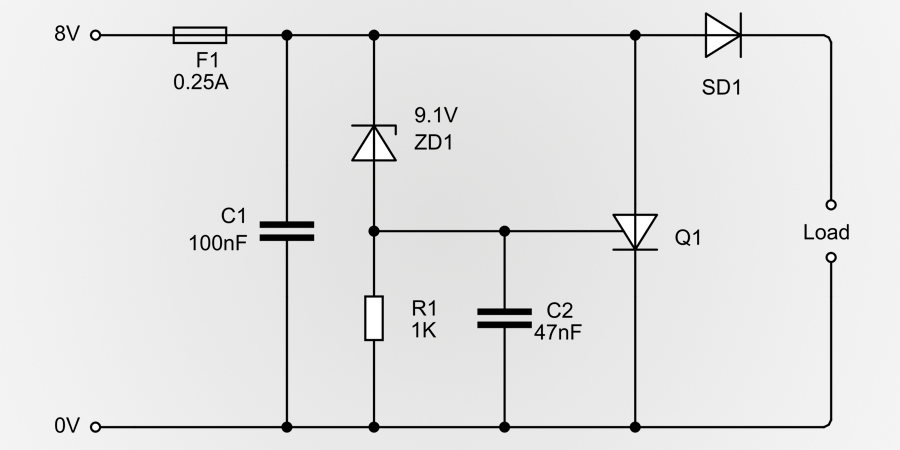 In many ways, Uninterruptible Power Supplies (UPS) are the quarterbacks of critical power distribution systems. They allow seamless operation of system-critical loads, have scalable levels of stored energy based on external battery strings, and serve as a barrier to most forms of power distortions hazardous to hi-tech facilities. With significant progress in the sampling speed of solid-state electronics, the increase in rectifier and inverter load capability, UPS’s have now become capable of feeding of system-critical broadcast technology.

The invention of the klystron in the 1930’s and its replacement with the much more efficient Inductive Output Tube (IOT) in the 1980’s led to the development of the High Voltage Power Supply (HVPS). Similar to computer power supplies, HVPS’s have a tendency to reject stored energy from their filter capacitors into their loads. This stored energy is rejected at levels of tens of thousands of volts. As IOT’s have very low dielectric resistance to arcing and almost no impedance to constrain the magnitude of an arc fault, they are extremely susceptible to failure due to these spikes. To prevent catastrophic failure, modern transmitter manufacturers install in parallel with the IOT, a modularized crowbar protection circuit. In the event of a potential arc fault, the crowbar device shunts the built up voltage through a high-current thyratron circuit.

A typical current demand during the crowbar effect may be as high as 4,000 amps and can last as long as 20 milliseconds – or about one cycle. This inrush has a significant effect on three components of the system-critical distribution system: (1) the circuit breakers which must differentiate between a crowbar effect and a ground fault, (2) the emergency generators which must handle the instantaneous current demand, and (3) the UPS system which must maintain a constant and uninterruptible voltage to the critical loads.

Therefore the most important component in the distribution system now becomes the static bypass switch. Not only does the switch have to “turn on” swiftly, but it has to withstand extraordinary currents for short durations. The rugged design of this component is the determining factor on whether a properly-implemented UPS system is capable of supplying an HVPS-backed transmitter with reliable and uninterruptible power.