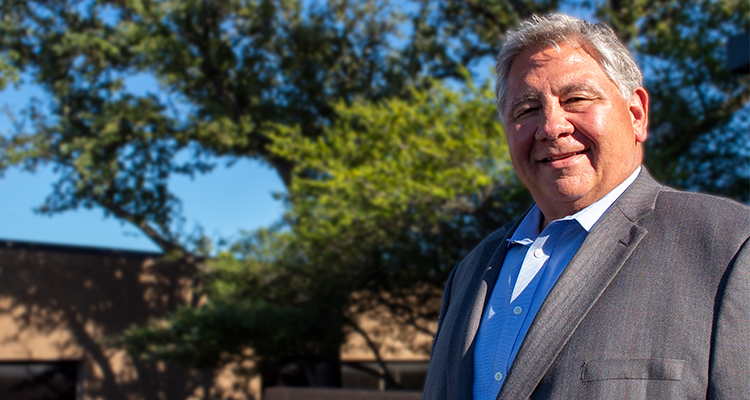 Over his career spanning four decades, Paul Vetter has become well known in the industry for his knowledge of engineering design, construction, and building operations.

As Director of BD, Paul helps maintain existing client relationships and works on developing new customer relationships. His focus is to work with Owners, Architects, Consultants and Contractors, to lead the firm’s business development activities and to execute the company’s strategic growth plan.

Prior to joining our firm, he honed his skills during a 42-year career working in AT&T’s Corporate Real Estate (CRE) division. There he held numerous managerial and leadership positions in Design and Construction (D&C) and Property Management. During his tenure, he was responsible for building a superb team of project managers, engineers and alliance consultants and contractors. Paul rounded off his career at AT&T as Director of Design and Construction overseeing an annual budget of $250M supporting around 80 million SF of technical and corporate facilities in 10 states.

Mr. Vetter holds a BS in Mechanical Engineering from Missouri University of Science and Technology, Rolla, Missouri. He subsequently obtained his Professional Engineering license and has been very active in several professional organizations, holding committee and board positions in the local chapters of ASHRAE and 7x24 Exchange.

During his long career, Paul has led several marquee projects, namely the AT&T Discovery District, which was the revamping of the 40 year old downtown headquarters campus, and the implementation of AT&T’s workplace 2020 construction program, which realized millions of square foot reduction in corporate office space. He has also led the charge in responding to numerous natural disasters such as Hurricane Harvey, where his team restored critical network facilities in record time under very challenging conditions. In addition, Paul has been involved in several CRE merger teams associated with the AT&T acquisitions of regional phone companies.

After retiring from AT&T, Paul had a strong desire to be active in the profession he loves, so he joined our firm, which has afforded him the opportunity to continue working and collaborating with his colleagues and peers.